About the Cardano platform:

Cardano is the first third-generation blockchain project. Development on the Cardano project focuses on the following 3 areas.

By focusing on these areas, Cardano seeks to address problems that can be seen in projects like Ethereum which are sometimes called 2nd-generation.

The expectation is that fixing these problems with result in a durable third-generation platform ready for application development and real-world use.

In the process of developing Cardano, we use an interactive process of communication whereby we submit papers to academies for peer-review and then implement the confirmed technology. We believe this will lead to Cardano becoming the most trusted platform.

Right now our idea is not to do big ICO projects or take on lots of small projects before we launch on mainnet, but rather we are looking to steadily assemble the platform and grow gradually over the long term.

What is the role of EMURGO in the Cardano project?

Within the Cardano project, EMURGO is responsible for commercializing Cardano. Our role is for instance to spread the use of applications built upon this technology. By building and releasing applications I believe we can also contribute and provide value to those who hold ADA now.

Recently the price of tokens has been falling throughout the entire cryptocurrency (virtual currency) space.

In Japan it's going from being called "virtual currency" to "cryptocurrency", yes? I think that for right now, rather than being concerned about the immediate cost of tokens, we can focus on increasing the value of the world that Cardano will make possible in the future, and in this way we can provide a bright future for those who have ADA.

What kinds of services do you plan to provide in the future, and who will be the target?

We fulfill our mission by proving 4 types of services.

1) Supporting the Cardano ecosystem at a Business-to-Business level

As I mentioned earlier, Cardano is the first third-generation blockchain which continues to evolve. It can offer a variety of solutions to any company. So we will provide system development that enables tailor-made customization to meet the demands of people in business.

We provide an educational platform for both online and offline learning, to facilitate blockchain education developers and non-developers alike.

We have already worked together with the Tokyo University of Science when we held an open college this Autumn.

We recently held a blockchain hackathon, where the various companies and students participating produced great results.

The open college is scheduled for next spring as well. Many people were happy with the Autumn open college, so we hope to do it more regularly.

In October of this year we made a partnership with a major acceleration program company called SOSV, which is located in New York. We created a venture acceleration program together with SOSV and dLab:, mainly looking for startups at the seed stage, primarily in North America. These startups will get a boost in their growth as they receive funding from us, as well as close support via consulting and so forth. Ultimately we want these companies to each develop into a major presence in their own right using our platform, where they will continue to operate as part of our ecosystem.

We provide comprehensive advisory services related to blockchain and activities that will be valuable to the community.

The order of these four areas is important to our overall mission, which is to bring this value to the community. So we develop services, then provide education. And with the acceleration program and venture capital, we help grow the ecosystem. That is our mission as I see it.

What were your reasons for joining EMURGO? What attracted you to it?

I have set it as my mission in my life and my work to improve the environment and society with technology. I started to get interested in IoT, and progressing naturally from that I became interested in blockchain. I thought that blockchain technology would make a great and positive impact on the world. And I began to be involved in this industry. And I want to work with a good team, with good people. So I was very attracted to the Cardano project from among the top 10. I feel that by participating in Cardano, I can make a positive impact on the Earth. Also, as I noted earlier, apart from blockchain development there is also the growing startup aspect of Cardano, which has great appeal for me. I was chosen as one of the Forbes 30 people under 30 by Forbes China, and I want to continue to be active in startup support, blockchain business, or both.

What other businesses are you engaged in now?

We are currently launching an organization called "Startup Grind" to carry out consulting for startups at the seed stage, regardless of whether or not they are related to the blockchain space. There is some area of overlap with EMURGO, but a major difference is that Startup Grind is nonprofit.

Why are there so many Cardano fans in Japan?

There's a well-known figure in the blockchain space, Charles Hoskinson, who started the Cardano project. Charles was also at one point the CEO of Ethereum, and after leaving that project he wanted to create a new project matching his ideals, and that's when he met Ken Kodama, who is now the CEO of EMURGO, in Osaka, Japan. It seems that at that time Charles, Kodama, and another founder, Jeremy Wood, had an exchange of ideas and they settled on what became the Cardano project. This took place in Japan and involved Kodama, who is Japanese, making Japan in a sense the home of Cardano.

Charles himself has spoken about wanting to focus more on Japan, and it is undeniable that Japan is an attractive market and a country that is very advanced in terms of the cryptocurrency space. Also Charles recognizes that the project launched with its ICO in Japan, and he carries a sense of gratitude and a responsibility to give back to the people of Japan.

What countries other than Japan do you feel have a lot of ADA holders?

We are a global project and my feeling is that there are ADA holders all over the globe, rather than being concentrated in any particular countries. However, in terms of operations, we do have a joint venture going with Hero group in Indonesia, as well as an EMURGO base of operations in Singapore, which is another hub of cryptocurrency and cryptographic assets. Additionally I think the IOHK base for the Cardano project is in the UK and Charles is from the USA, and there are a lot of ADA holders in those places.

As for something that we can confirm visually, looking at the market cap we can see that the purchase volumes in Korean won are also high. Korea is another country that is quite advanced when it comes to cryptocurrency and crypto assets, and we appreciate this.

In 2019 I expect to see the fan base expanding not just in the countries I mentioned but also in Africa and in various other countries around the world.
We will be organizing meetups all over, so I hope that people will check our website and twitter for that information.

How is Cardano able to maintain its status among the top 10 cryptocurrencies by market cap, and continue gaining popularity?

Transparency. Our development starts with white papers and academic papers which are submitted for peer review from academics in cryptography. There is no other project that uses this approach. Since there is no one else doing this, in a way we are setting this hurdle for ourselves. By overcoming this hurdle we ensure a high level of security, and I think the community places a lot of value on that. You have to ensure such a high level of security with a process of verification when developing software of this kind. It's a hard process, but people have seen incidents in the industry before--the DAO incident and the like--and they see that we have this verification process and I feel this is one of the reasons Cardano is trusted, because we are developing with great care to make sure this kind of thing does not happen.

How can people find the latest Cardano news and updates? Are there any announcements coming up, like a Cardano-based ICO or some other releases?

Well... there are things I still cannot talk about (laugh).

As I mentioned early though, our project focuses on transparency. Almost all of the information is posted on the Cardano roadmap. You can check that any time for the latest information on Cardano.

Cardano is still prior to its mainnet launch. Following the mainnnet launch, many projects will become active in concrete ways, so people can expect a lot of activity in the future. We also have various projects progressing in parallel with the mainnet launch, but I can't go into too much detail about that now.

Please let us know what information you can share.

On December 10th, we announced a partnership with Metaps Plus. The announcement marked the completion of integration of ADA into the Metaps Plus payment platform, making ADA available for use at airports, coffee shops, etc.--33,000 shops in total--in Korea. We had already mentioned on Twitter that there was a prospect of completing this integration, but we were able to publish the official announcement on December 10th.

This has also already been announced, but Metaps Plus has created a "Crypto Card" and we held a campaign to distribute some of these cards to fans.

Why a "crypto card"?

One reason is that while it's possible to interact with cryptocurrencies through smartphone apps for example, it has not been possible to actually hold it in your hand. Being able to actually hold it makes the cryptocurrency feel more real and gives it a presence as a physical product. We're going to be putting out some videos with people buying coffee with using their Crypto Card, for example. Underlying this activity is our hope that people will start to envision more ways to use, not just Cardano but cryptocurrency in general as a form payment. 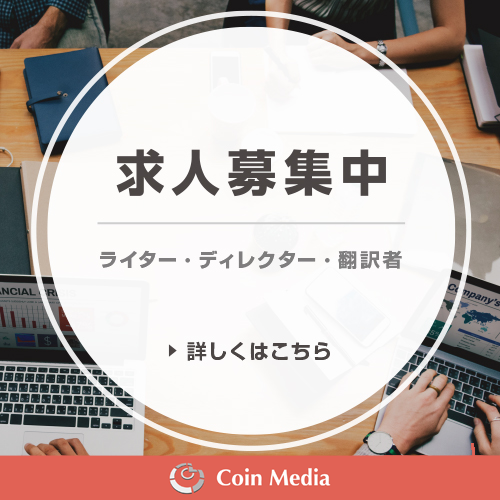